Ray Caesar is weird – but if you’re familiar with his work, you probably already know that. One might think using a word like “weird” to describe a heralded and successful digital artist like Caesar is a bit vague and maybe even a little rude – but it’s actually a compliment.

'Art On The Edge' 2011: The New Contemporary At Vered Gallery

Last year Vered Gallery brought you “Art on the Edge: The New Contemporary,” the first exhibition of its kind in the Hamptons. This year “Art on the Edge” 2011 continues to showcase the most talented artists working in New Contemporary Art. This special exhibition brings to the Hamptons the best in cutting edge painting, sculpture and photography by the most exciting artists working today. The exhibition opens with a reception Saturday, July 9 from 9 p.m. to 11 p.m. and continues through August 1.

“Couture Shock”: Fashion Photography at Vered Gallery
That fashion design is often an art form evokes a certain truism, and we welcome couture exhibits on the East End (like one at Guild Hall several years ago featuring local, international designers). More recently, East Hampton’s Vered Gallery presented the photography of Steven Klein, where both fashion and imagery created the art works. Vered’s current show celebrates that mixture again with pictures by Raul Higuera.

Art On The Edge - The New Contemporary breaks into The Hamptons

Breaking new ground in the art world is no easy feat. That being said, rock star curator Francesco LoCastro has never been one to let mere boundaries mandate the realms into which he brings his ambassadorship. The current exhibit in the Hamptons is just such an adventure. Art On The Edge – The New Contemporary, is now on exhibit through September at New York’s premier fine art establishment, Vered Gallery. Follow us for a look at the exhibit.

Art On The Edge At Vered Gallery

As the first art exhibition of its kind in the Hamptons, Art on the Edge at Vered Gallery represents a new environment dedicated to recognizing and supporting the significance of New Contemporary while showcasing the cutting edge talent that is filtering into our mainstream culture. The goal of the exhibition is to further advance the dialogue of new contemporary art movements, from their cultural roots to their current influence. 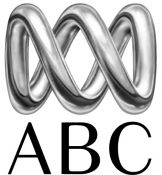 Originally from Gunnedah, 27 year old Dean West has been living overseas for just six months, in Canada. Since moving overseas, Dean has been going ahead in leaps and bounds with his photography, and most recently has won an International Art Prize based in Venice

Since CNN spoke with LEGO artist Nathan Sawaya a year ago, his popularity has skyrocketed. Just check out his clientele.

While browsing the National Portrait Gallery this month, visitors initially might think that the museum walls have been defaced. But the four-foot-long graffiti murals that cover the corridors are actually part of “Recognize! Hip Hop and Contemporary Portraiture,” marking the Smithsonian’s first commission of the underground street art—still widely regarded as vandalism. “We are not glorifying the illegal activity, but we are acknowledging the larger impact this street tradition has had in contemporary art,” says Frank H. Goodyear III, one of the exhibition’s curators.

When planning the exhibit—which features photography, paintings and videos influenced by hip-hop—curators saw a barren corridor as an opportunity to feature one of hip-hop culture’s most characteristic staples: graffiti writing. Since museum officials were hesitant about artists spraying paint directly onto the gallery walls, the works were instead executed off-site by two local artists, Tim “Con” Conlon, 33, of Washington, D.C. and Dave “Arek” Hupp, 34, from Baltimore, who have both been spray-painting (or “tagging”) trains and bridges since they were teenagers.